I still treasure the stories and pictures in my old Little Golden Books. 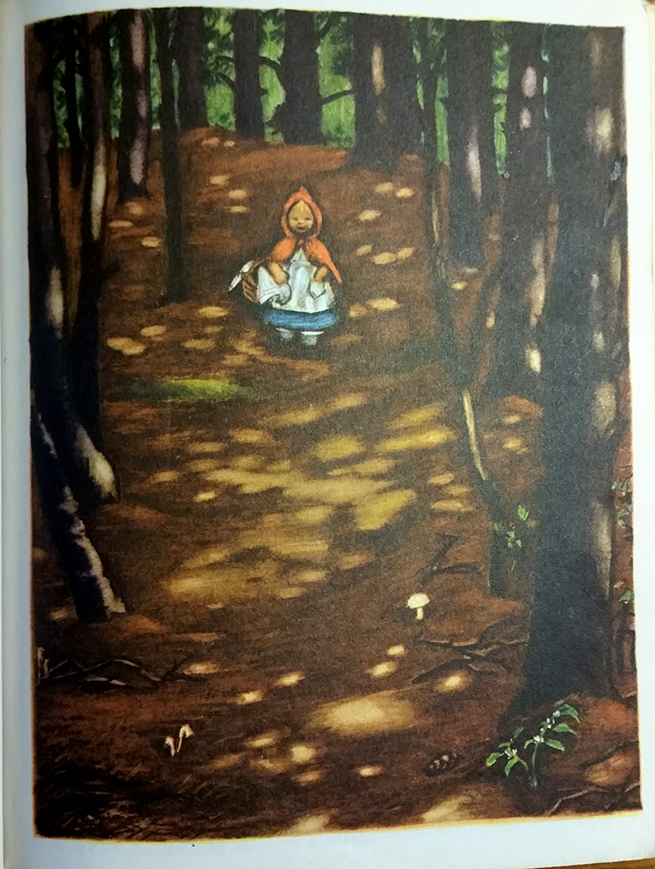 Little Red Riding Hood had illustrations by Elizabeth Orton Jones that were as rich and deep as the scary woods. The homes were based on her life in New Hampshire.

Animal Friends lived well together but had big culinary differences that caused them all to look for new homes that better suited their eating habits. Illustrated by one of faves, Garth Williams. 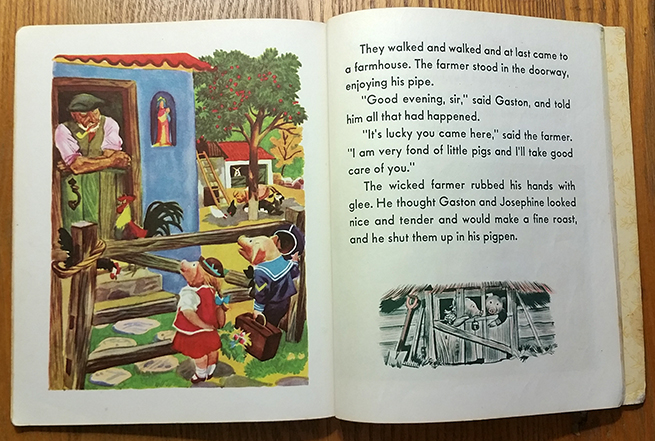 Gaston and Josephine were two cultured French pigs on their way to visit an aunt in America, until an evil farmer traps them for dinner. The combination of an exotic locale and big danger terrified me in a good way. Illustrations by Feodore Rojankovsky.

Kids books from the 1930s and 1940s had an appealing sophisticated style of art and typography. 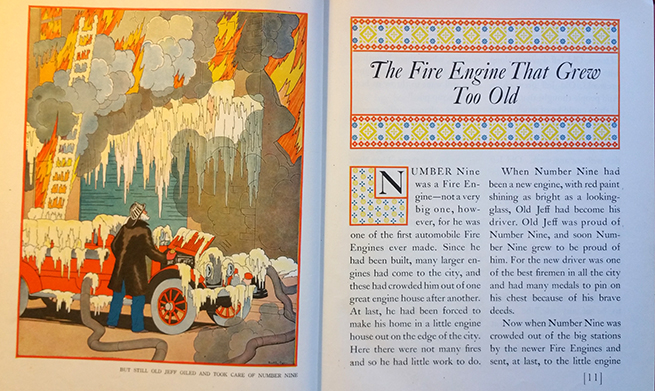 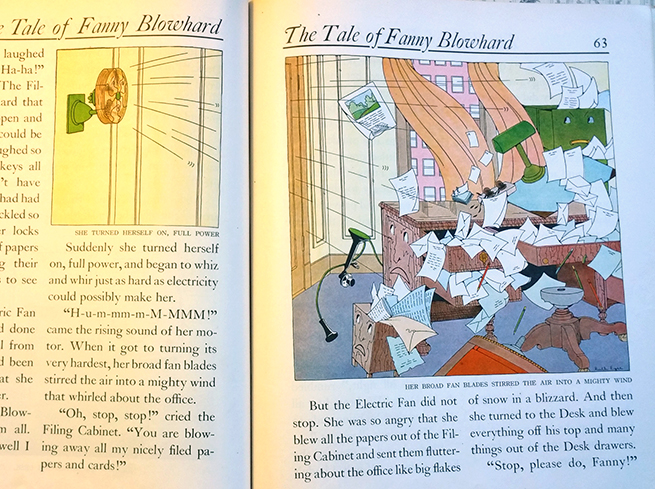 This Modern Storybook tells the tales of “modern” machinery with issues: an old firetruck, an office fan, a runaway elevator, a stubborn dirigible. What great line work, page design, and typography! Sadly, these loveable characters are now obsolete. 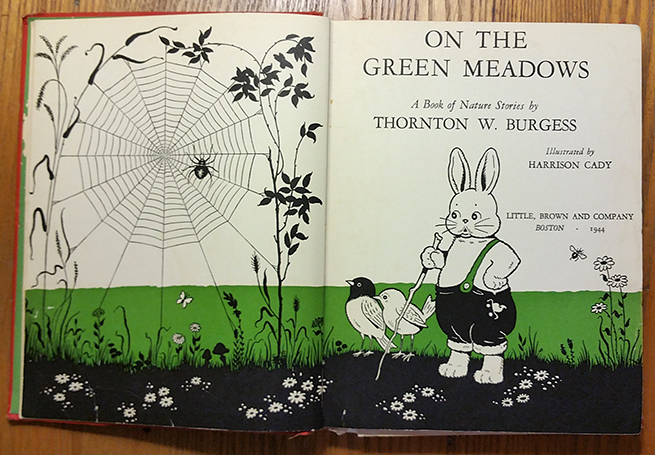 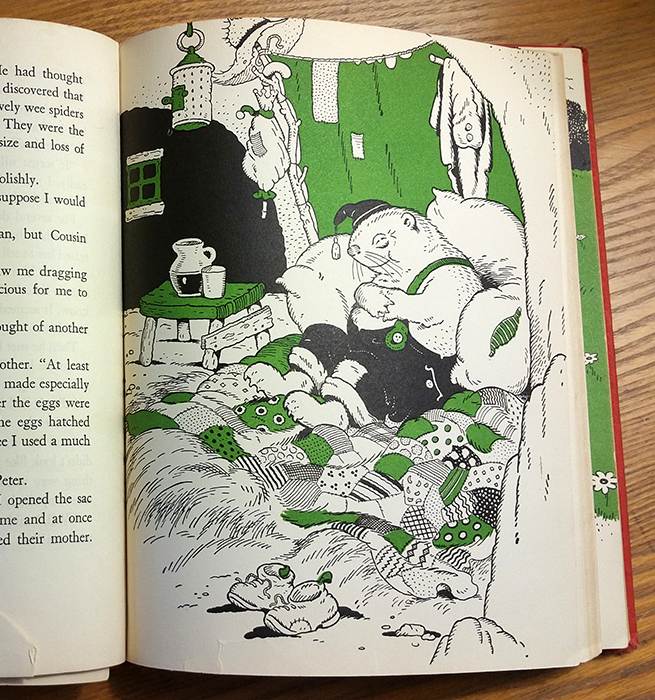 On the Green Meadows is just one of many collaborations between author Thornton Burgess and artist Harrison Cady set in nature and promoting the love of wildlife. Again, I was taken by the beautiful line work, and black and white compositions. 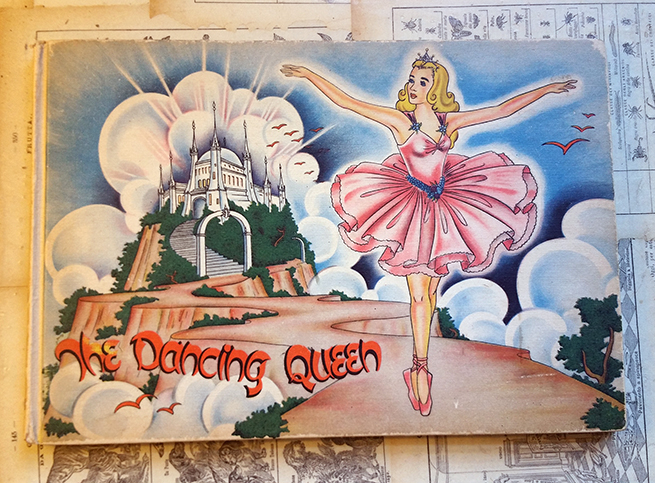 From 1946, The Dancing Queen, illustrated by Jeanne Wolf Towle, follows a beautiful Queen who travels the world seeking children to dance in a festival.

As a kid, I loved visiting these foreign places and cultures in the pages. But as an adult, yikes! The racial stereotypes of that period are scattered throughout the book—from cotton picking and watermelon to begging for money with an organ and monkey. Publishers are clamoring for Diversity these days, but this book isn’t what they have in mind. 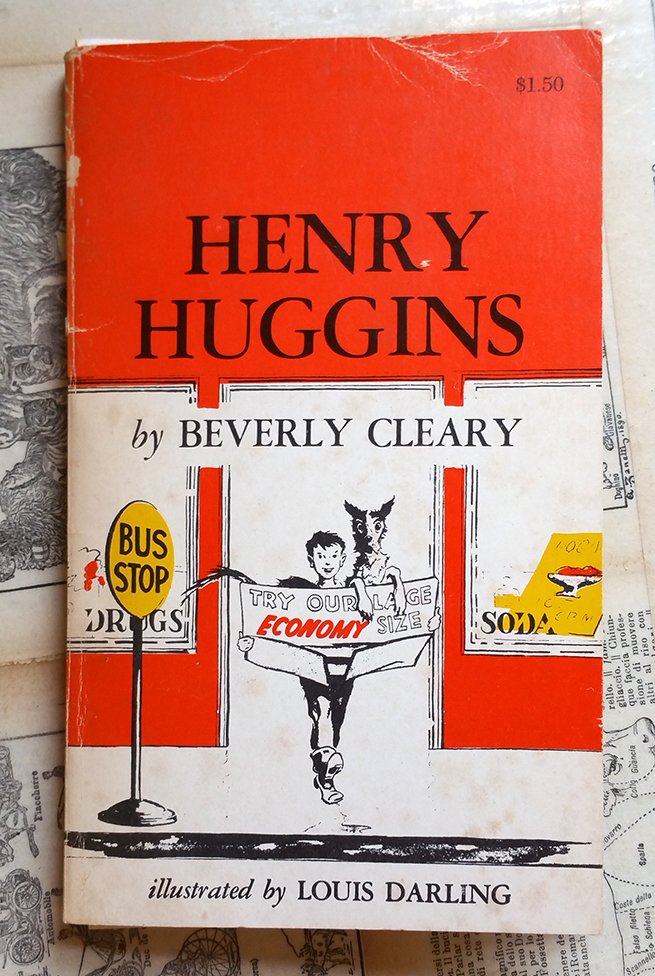 As my reading skills matured, I was always on the lookout for a laugh, like books by Beverly Cleary starring Beezus and Ramona, and Henry Huggins (illustrated by Louis Darling). The 1950s produced funny, adventurous novels, with pen and ink illustrations that influenced my love of drawing. The only Beverly Cleary book I have is this ratty paperback copy—eBay, here I come!

Homer Price, both written and illustrated by Robert McCloskey, was a hoot, especially Homer’s attempt to make donuts. 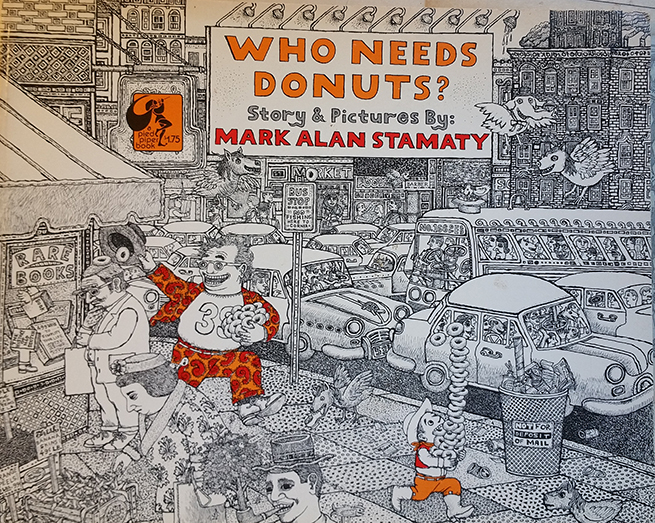 In the 1970s, Mark Alan Stamaty gave his character Sam in Who Needs Donuts? a similar NYC confrontation with donuts. 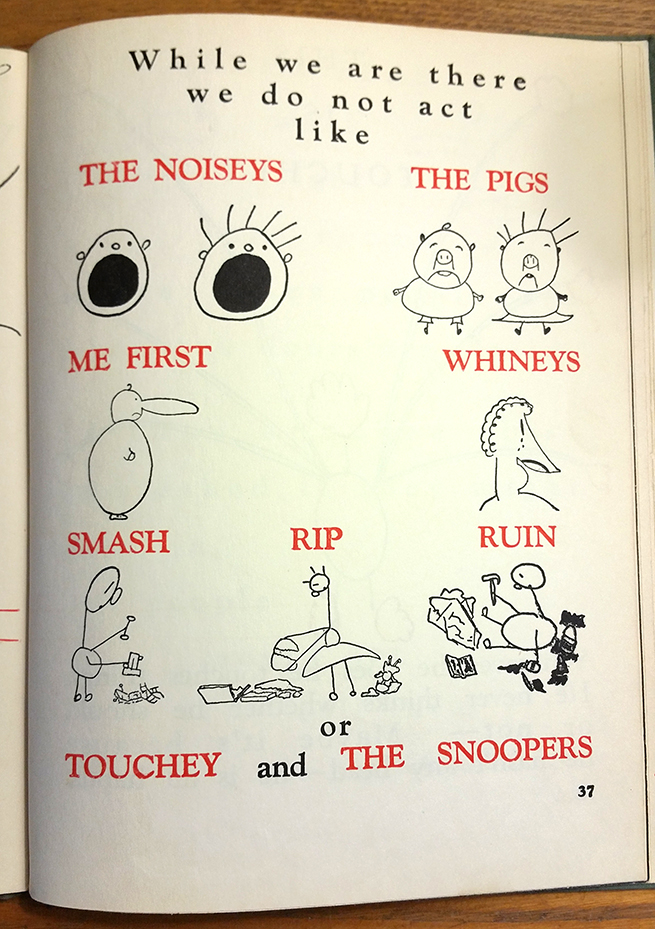 This is one of the oddest kids book ever (and part of an equally odd series): Manners Can Be Fun, written and illustrated by Munro Leaf. The ill-mannered characters are creepy and naively drawn and really scared me (especially Whineys). But I couldn’t get enough of them. Maybe that’s why I’m such a polite adult. 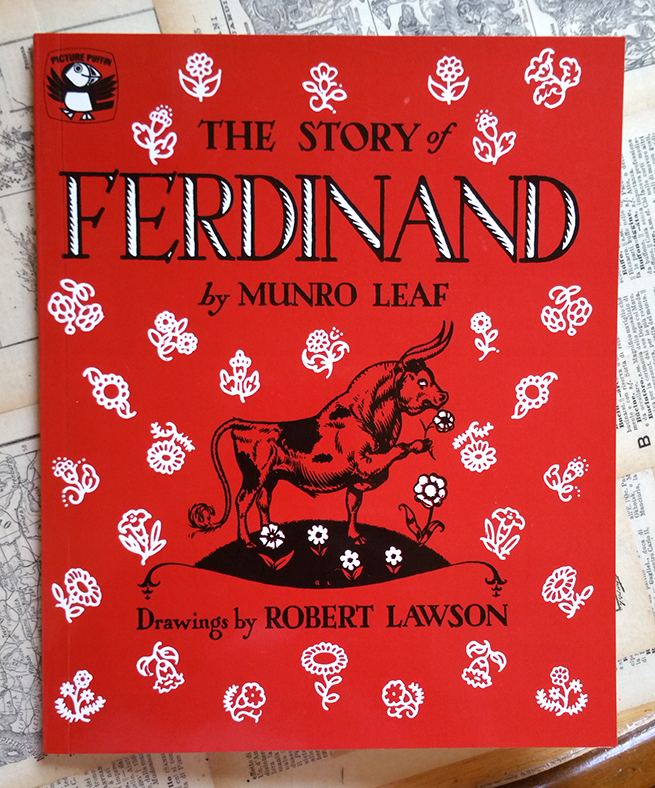 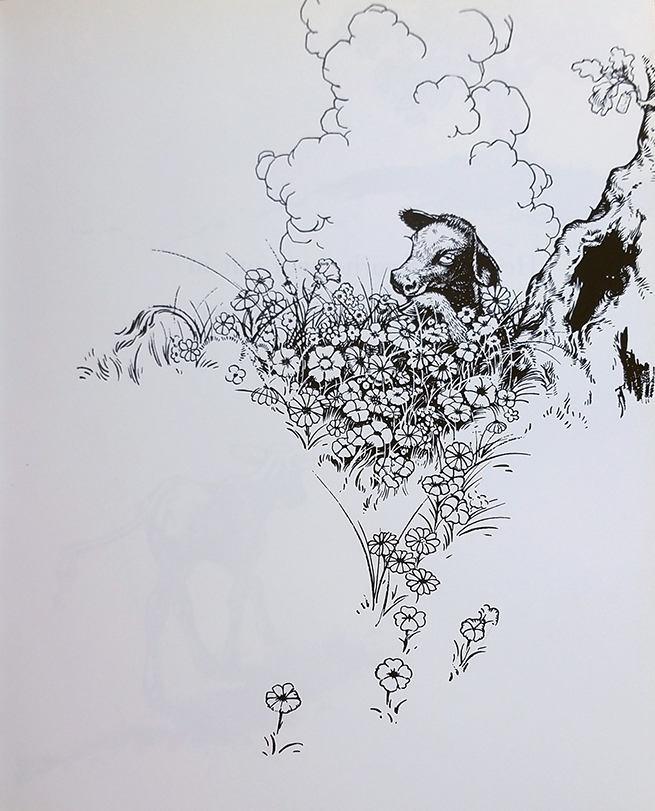 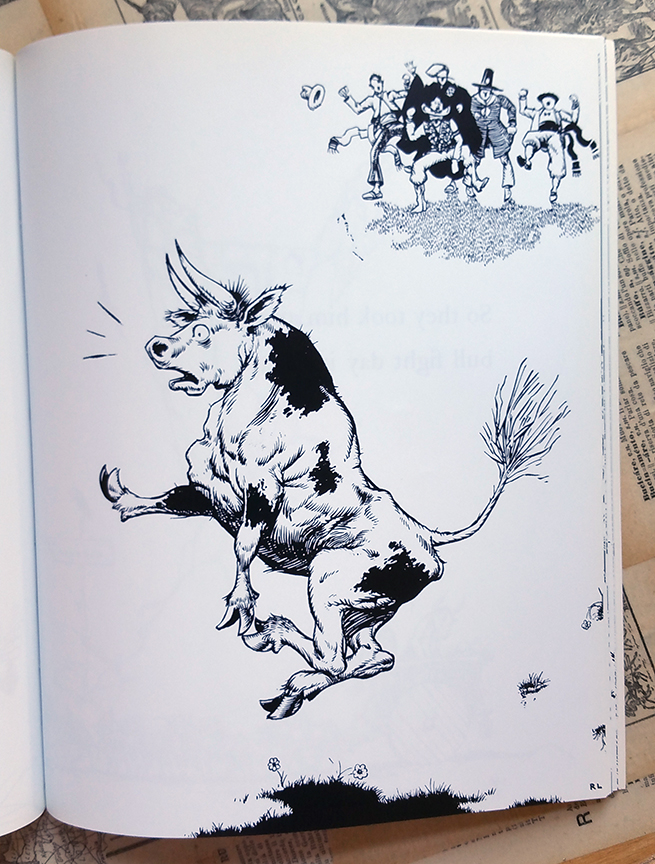 Munro Leaf redeemed himself to me by being the author of one of my all-time faves, The Story of Ferdinand, stunningly illustrated by Robert Lawson. Ferdinand does not wish to fight like other bulls, but prefers to sit in his field and smell flowers. What I found out putting this post together is that the 1936 book sparked considerable controversy because Ferdinand was regarded by some as a pacifist symbol. Banned in Spain and burned as propaganda in Nazi Germany, the book had over 60 foreign translations and has never gone out of print. 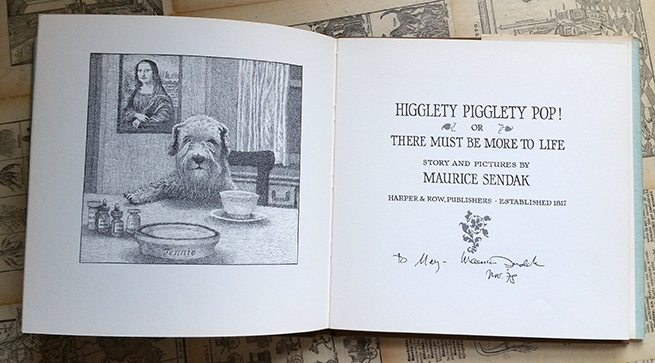 Is the 1970s now considered vintage? Well, if not, I’m still including a book by the legendary Maurice Sendak: Higglety Pigglety Pop, or There Must Be More to Life. This Sendak book is a showcase for his pen and ink drawing skills—just stunning to me! I was lucky to get my copy signed by Mr. Sendak. He chuckled when I said I wanted it signed to me, not a kid.

I guess when it comes to books, I’m still a kid.

Until next time, embrace your clutter.

View all posts by maryz

Hi! I’m Mary and I love my stuff and clutter. I’m on a journey to photograph all of my favorite things in case we part in the future. Join me! 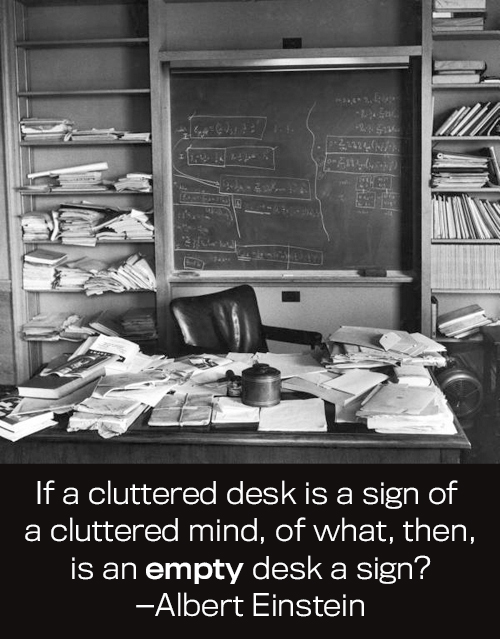